Assistant Professor Mišo Mudrić (PhD) is an Assistant Professor at the Department for Maritime and Transport Law. He serves as an arbitrator at the Permanent Arbitration Court at the Croatian Chamber of Commerce, in domestic and foreign arbitration. He has obtained a PhD degree at the Faculty of Law, University of Hamburg, being a Scholar of the Max Planck Institute for Comparative and International Private Law in Hamburg. He serves as the Secretary General of the Croatian Association of Insurance Law, being a founder of the Association. He is the executive editor of the international scientific and expert journal "The International Transport Law Review", Faculty of Law, University of Zagreb.

He acts as a member of the: Croatian Association of Maritime Law; Working group on the “Reformulation of the Lex Maritima”, Comité Maritime International; Working group on the “Systems for Security Practitioners“, European Commission, Migration and Home Affairs Directorate General, Innovation and Industry for Security, nominated expert, Republic of Croatia; and, Executive Committee and Associate, MARSAFENET project, Cost action IS1105.

Assistant Professor Mudrić has acted as a Visiting Professor, teaching Maritime and General Transport at the Faculty of Law, Erasmus University of Rotterdam (LL.M.in Maritime and Transport Law), invited by Prof. Frank Smeele, course on Legal Research and Writing Skills, 2014. In addition, he has performed a research at the Max Planck Institute for Comparative and International Private Law, 2008 – 2010, 2011, 2012, 2013, and, the International Maritime Organization Library, London, United Kingdom, 2009.

He has organized and co-organized around 10 international scientific and expert conferences, published over 50 publications (including two author monographies, and two monographies as a chapter author), held lectures at over 30 domestic and international scientific and expert conferences, prepared peer-reviews for a number of domestic and foreign publishers (monographies and journals), acted as a guest editor for domestic publications, and held a number of expert workshops. 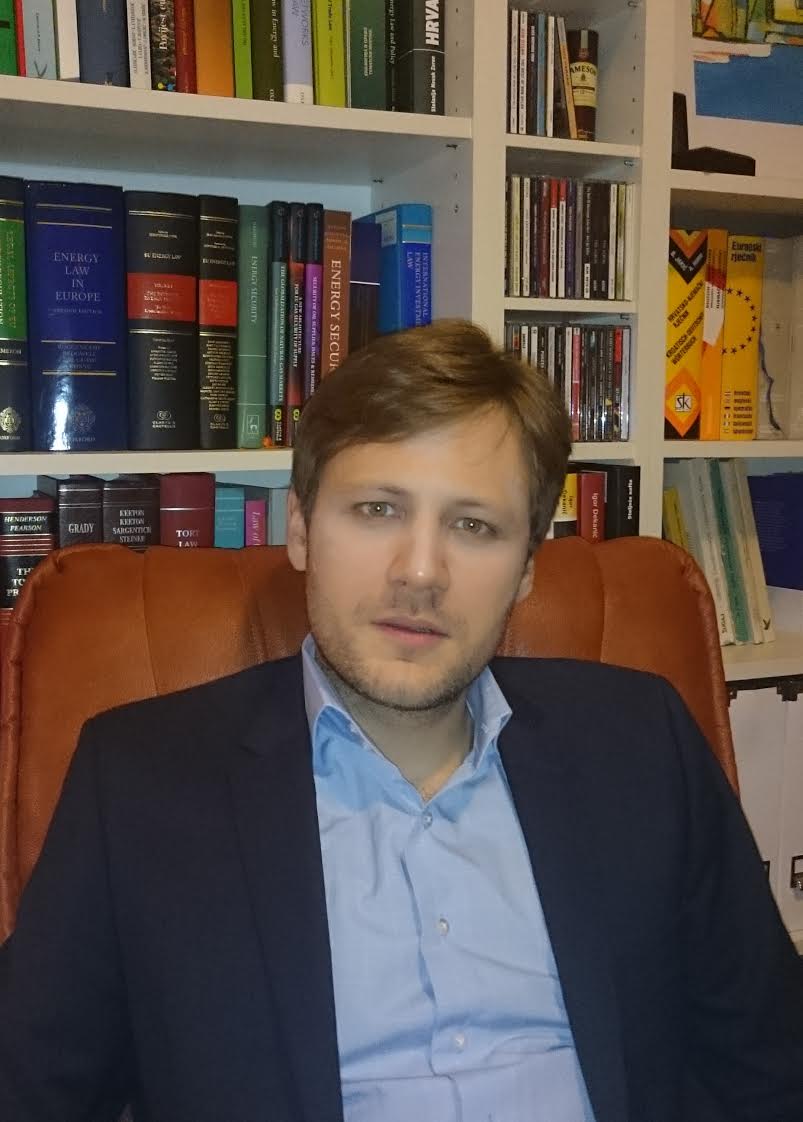 Uber’s Service as a Transportation Service

Education for Low-Carbon and Digital Energy

CONTRACTS ON TRANSPORTATION AND STORAGE OF OIL AND OIL DERIVATIVES

Guarantee Clause in the Shipbuilding Contract

Legal Framework for Investments in Croatia

Certain issues with regard Shipbuilding Contract in Continental Law Tradition

Croatian Legislation with regard the Seabed Hydrocarbons

Croatian Regulation with regard the Safety in Offshore Activities

Regulatory Strategy in Service of the UAV Market Development

Faculty of Law, University of Zagreb

Regulation of UAVs in Croatian, European and International Legal Framework

Drones in Skies - Insurance and Practice

Use of Force - Responsibility and Liability

Use of Force on Sea: Responsibility and Liability

Will the EU manage to reduce its dependence on Russian gas?

Recklessly and with Knowledge that Damage would Probably Result: The Interpretation of Term before the Croatian Courts

Recklessly and with Knowledge that Damage would Probably Result

Recklessly and With Knowledge that Damage Would Probably Result – How Breakable is the Unbreakable Limitation of Liability?

Soft Law Guidelines, Recommendations and Standards: The Issue of Armed Guards on Board Vessels

Loss of Right to Limit Liability and Loss of Insurance Coverage

Contract Between Salvor and a Third Party in Connection to a Salvage Operation, and the Issue of Duress

Claiming against a Negligent Salvor: Elements Necessary to Establish a Case of Salvor's Liability

Relevance of the Montreux Document to maritime security

Environmental Salvage under the 1989 Salvage Convention

The Professional Salvor's Liability in the Law of Negligence

Implementation of the International Maritime Security Guidelines on the National Level

What is the European Central Bank

Standard form salvage contracts: the scope of the duty to exercise best endeavours

The Future of the Croatian Shipbuilding Industry in the EU

IMO Reservation and Guidelines for Implementation of the Athens Convention (translation)

Modern Challenges of Law of Salvage and Protection of Adriatic Sea

Unreasonably lengthy proceedings, the practice of the EU

Rights of States Regarding Underwater Cables and Pipelines

The International Liability Funds in the Maritime Field

Rights of States Regarding Underwater Cables and Pipelines