Luka Burazin graduated and obtained his PhD from the Faculty of Law of the University of Zagreb. In 2006 he passed the bar exam. In 2005 he took up employment with the Zagreb Faculty of Law, in 2013 was appointed assistant professor, and in 2018 associate professor. From 2013 to 2015 he was and since 2017 has been head of the Legal Theory Department. Since 2014 he has been teaching two optional subjects to fifth-year law students (Philosophy of Law and Methodology of Law) and two subjects to Erasmus students (Legal Philosophy and Methodology of Legal Theory). He was a visiting scholar and lecturer at the University of Genoa (2013) and University of Bergamo (2013). He has delivered several visiting lectures (Genoa, Bergamo, Milan, Ljubljana, Graz, Krakow). Since academic year 2014/2015 he has been holding postgraduate lectures at the Tarello Institute for Legal Philosophy (Genoa). He is the author of a number of papers in legal theory and philosophy of law, some of which have been published in journals such as Rechtstheorie, Archiv fuer Rechts- und Sozialphilosophie, Diritto e questioni pubbliche, Ratio Juris, Jurisprudence, Doxa, and an active participant in international conferences. He is a co-editor of books Law and State. Classical Paradigms and Novel Proposals (Peter Lang Publishing, Frankfurt am Main, 2015) and Law as an Artifact (Oxford University Press, Oxford-New York, 2018). Since 2011 he has been the co-editor of the international scholarly journal Revus – journal for constitutional theory and philosophy of law. He is the founder and editor of the Legal Theory book series of publisher Naklada Breza. He is a member of the advisory board of the international association Central and Eastern European Forum of Young Legal, Political and Social Theorists. He has organised three international legal theory conferences: Methodology of Legal Theory (Zagreb Faculty of Law, 2013), 6th CEE Forum of Young Legal, Political and Social Theorists (Zagreb Faculty of Law, 2014), and 13th CEE Network of Jurisprudence (Zagreb Faculty of Law, 2018). He co-translated (from English) the book Institutions of Law by N. MacCormick (2014), and translated (from Italian) R. Guastini's book La sintassi del diritto (2016), as well as a number of legal theory papers (from English, German and Slovenian). 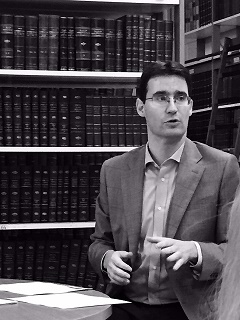 Constitutionalization of the Croatian Legal Order

Rule(s) of Recognition and Canons of Interpretation

Conception of Effectiveness in Kelsen's General Theory of Norms

Legal systems, intentionality, and a functional explanation of law

Rule of Recognition and Canons of Interpretation: A Reconstruction of Hart's View

Brian Leiter and the Naturalisation of the Philosophy of Law

Rule of Recognition and Methods of Interpretation

Rule of Recognition and Methods of Interpretation

Prospects for Leiter's Suggestions on How to Naturalize Jurisprudence

Brian Leiter and Naturalization of Jurisprudence

Can There Be an Artifact Theory of Law?

Descriptive and Constitutive Concepts of Law

The rule of recognition and the emergence of a legal system

Practical Concepts of Law as an Artifact Kind

The Rule of Recognition and the Emergence of a Legal System

Antinomies between implicit legal principles: a solution to the total-partial antinomy

Methodology of the Artifact Theory of Law

Implications of the Law-as-an-Artifact Claim

Object of Inquiry and Theory Construction: The Case of Conceptual Analysis and Methodological Naturalism

The Concept of Law as an Artifact Concept

The Concept of Law as an Artifact Concept

How Much Do Croatian Citizens Know About the EU Institutions and Law and What Are Their Attitudes Towards Them? Importance of Empirical Research for Legal Theory

Antinomy between the General Principles of Law (The “City Cemetery” Case)

Duty of Reparation as a Guarantee (Protective) Legal Duty

Antinomy Between the General Principles of Law (City Cemetery Case)

Analysis of Legal Responsibility in the Case of Causing Damage