Ivana Vukorepa completed LL.B. studies at the University of Zagreb in 1999, while LL.M. at the College of Europe in 2001. In 2002 she did the Croatian Barr exam. From 2007 to 2008 she was Fulbright Visiting Researcher at the Georgetown University Law Center. In 2011 she earned her doctoral degree in legal sciences at the University of Zagreb.  She is proficient user in English, independent user in German, good user in French and basic user in Italian.

Since 2004, she works at the Departement for Labour and Social Security Law at the Faculty of Law, University of Zagreb. Before that, she used to work in the law office as law trainee and in the Croatian Ministry for European Integration as expert associate and head of division. From 2005 to 2012 In the Negotiations for the accession of the Republic of Croatia to the EU she was Head of the Working group for negotiating chapter “Freedom of movement for workers”.

She has been actively participating in national and international conferences and seminars, as well as scientific research in the field of labor and social security law topics and free movement of workers. In social security law she has a particular interest in pensions. She has been the author and co-author of scientific articles and books, and is member of several editorial boards of scientific journals and professional associations. She collaborates as a professional advisor and collaborator on several research projects, as well as to the European independent experts' networks such as: ESPN (from 2014 to 2018) and FreSsco (that in 2018 became MoveS). 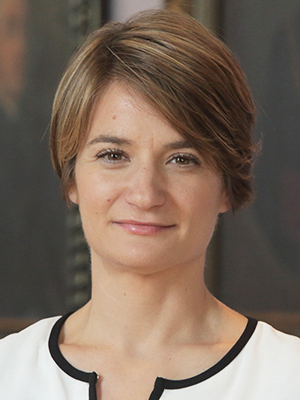