Antonija Petričušić is an assistant professor at the Chair of Sociology, Faculty of Law, University of Zagreb, Croatia. She serves on the Advisory Committee on the Council of Europe's Framework Convention for the Protection of National Minorities in resepect of Croatia from 2018 to 2022. She is a member of the Ombudswoman's Human Rights Council. 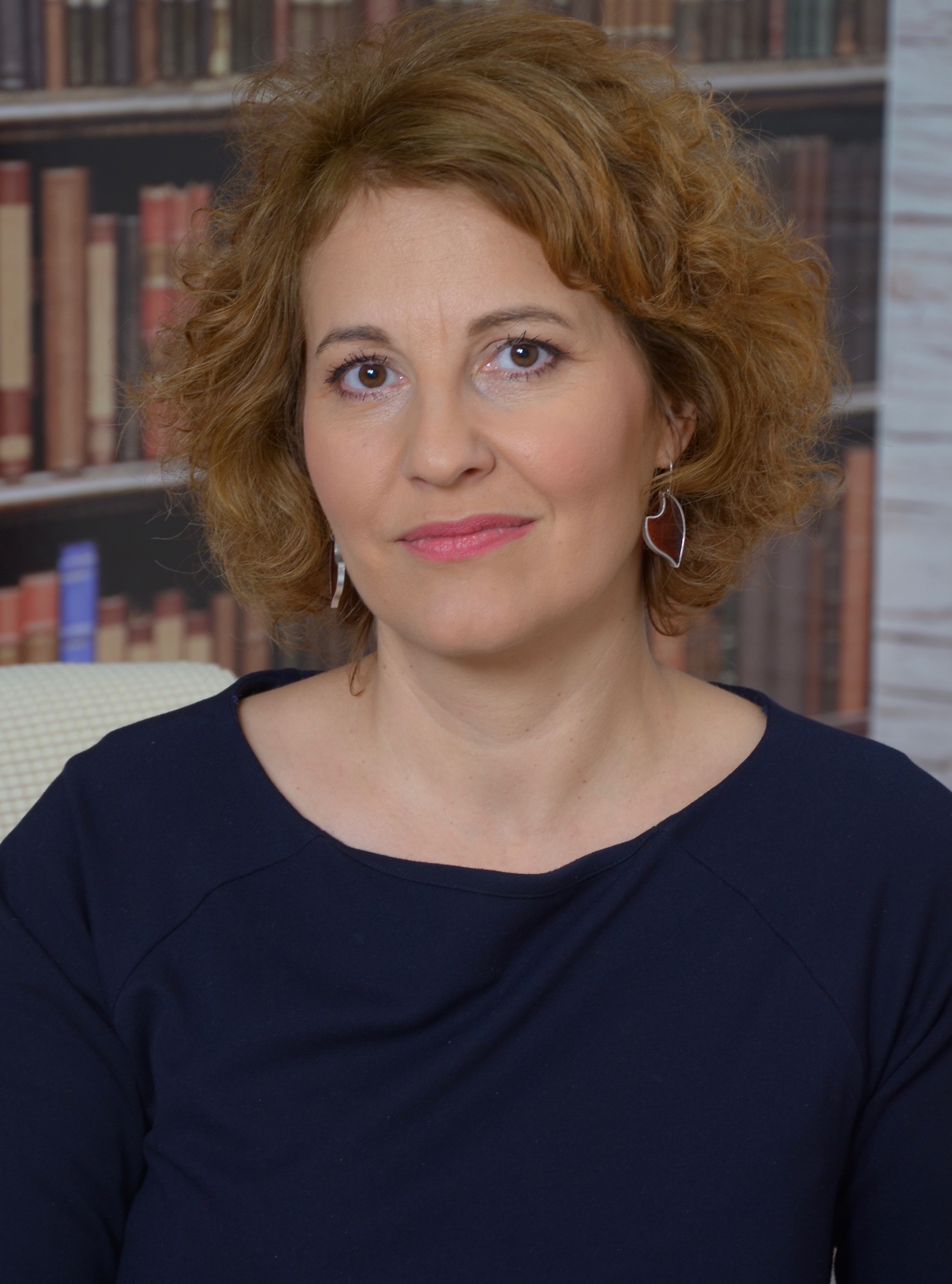 Taking control over higher education and research in Hungary: a case study of hijacking the academic freedom and autonomy in an illiberal democracy

Regulation of the election of councils and representatives of national minorities

Slow Consolidation of European Values: Endangered Minority Rights after the Croatian Accession to the EU

The Rejection of Reconciliation: Ivo Josipovic and the Challenges of Dealing with the Past in Post-Conflict Croatia

Yet Again, the Nationalists and the Church Are Playing Hand in Hand in Croatia, This Time against ‘Gender Ideology’

In Search of Multicultural Elements of the Croatian Minority Policy: Threatening Assimilation and Cultural Segregation

( Quarter Century of the Croatian Minority Policy: Development, State of the Art, and Suggestions for Improvements

Gaining Political Power by Utilizing Opportunity Structures: An Analysis of the Conservative Religious-Political Movement in Croatia

Contentious Politics in Transitional Societies: The Rise and (Partial) Success of the Conservative Religious-political Movement in Croatia

The Return of State Power to Media Policies: Conditioning Media Pluralism in Croatia

The Alteration of Discourse Towards Refugees' and Migrants' Flow in Croatia: From Solidarity, Over Security and To Effective Security or Flexible Solidarity?

Effects of Europeanization on the rights of national minorities in Croatia: lessons learned and recommendations for future accession conditionality for the Western Balkans countries

Legal Protection Against Discrimination in Croatia

Quarter Century of the Croatian Minority Policy: Development, State of the Art, and Suggestions for Improvements

Symbols that divide: Controversy about interpretation of legal provisions on the right to use minority script in Vukovar

Religiopolitics Through Law: Use of Legal Norms and Institutions by the Croatian Conservative Social Movement

Domestic Winners and Losers of the Europeanisation of Minority Policies: the Croatian Example

Social Change through Law: Involvement in the Juridical Field as a Means for Pursuing the Religopolitical Social Movement’s Goals

Creating an Atmosphere of Mutual Understanding, Respect and Tolerance in the Croatian Society as Legal and Political Postulate

Assessing the Second Generation Conditionality: Minority Rights as the Component of EU Conditionality Policy for the Western Balkans

Separating the sheep from the goats

How to strengthen and develop a multiethnic society and its values: Creating an Atmosphere of Mutual Understanding, Respect and Tolerance is a Responsibility of the Croatian Minority Policy

How to ensure the existence of “Others”: the elimination of institutional discrimination of national minorities in Bosnia and Herzegovina

Is Marriage a Human Right?

The two sides of caring for the 'own' minority

Women in Media: Invisibility that Persists

Democracy without Citizens: Inadequate Consolidation in Two Decades of the Western Balkans Democracy

Civil Society: An Inevitable Partner in the Development of Local Communities in Young Democracies

Exporting the Culture of Pluralism, Non-Discrimination and Tolerance: Long Way of the European Values to the External Borders of the Europe Union

In the Name of the Family, Referendum and Sex Education

Catch-22 in the Chapter 23: Failure of Conditionality Policy in Ensuring the Representation of National Minority Members in Public Administrative Bodies

Assessing the Second Generation Conditionality: Minority Rights as the Component of EU Conditionality Policy for the Western Balkans

The second generation of human rights for the second class citizens

Manual on Human Rights with a Focus on Protecting the Rights of National Minorities: Manual for Participants at the Training on Human Rights Mechanisms, With an Emphasis on Minority Rights Protection

Introduction - Reconciliation in the Western Balkans: New Perspectives and Proposals

The Ljubljana guidelines on integration of diverse societies - a new trend of international minority standards: Promoting integration and cohesion in multi-ethnic societies

Proposals for action: What the project findings indicate?

Europeanisation of Minority Rights in Croatia: Already Done or Yet to Initiate?

From Cultural Authonomy to Intercultural Dialogue

Europeanisation of Minority Policy in Countries of South-Eastern Europe

(First) Twenty Years of National Minority Rights in Croatia: How to Assure Sustainability of Minority Policy?

Refuge Return: the Only Sustainable Return is an Open-End Return

Bolzano/Bozen Recommendations on National Minorities in Inter-State Relations: Significance and Implications fro Croatia and the Region

Majority needs to be taught on the rights of minorities

Elections for National Minority Councils and Representatives - Legality without Legitimacy

European Union and the Rights of National Minorities

Integration of National Minorities Contributes to a Social Cohesion

How to succesfully dismantle a structure of the society?

Minorities and Media in Croatia : Reaching the Mainstream and Avoiding Marginalisation

Bolzano/Bozen Recommendations on National Minorities in Inter-State Relations: Significance and Implications fro Croatia and the Region

Antidiscrimination Policy as a Suplementary Model of Protection of National Minorities

Ethno-Mobilisation and its Consequences in Croatia

Copenhagen Criteria and the Impovement of Inter-ethnic Relations in Croatia

Crime as a Business, Business as a Crime

(National Minority) Councils as Co-creators of the Local Polititics

Minorities and Media in Croatia : Reaching the Mainstream and Avoiding Marginalisation

Constitutional Challenges Ahead the EU Accession: Analysis of the Croatian and Turkish Constitutional Provisions that Require Harmonization with the Acquis Communautaire

Human Rights Conditionality in the Pre-Accession Period: the Case of Croatia

International Network of Young Scientists dealing with Ethnic Reconciliation in the Western Balkans: an Initiative to Address System Incapacity of the SEE Scientific Area and to Contribute to the Reconciliation Processes

Institutions of Research and Tertiary Education in Central and South East Europe. Developments, Structures and Perspectives of these Institutions for their Integration into the European Higher Education and Research Area

Empowerment of Individual under International Law

Minority Protection in South-East Europe – Lessons to be Learned

EU expansion and the protection of national minorities

The Role of Political Parties in Minority Participation in Croatia

Nation-Building in Croatia and the Treatment of Minorities ; Rights and Wrongs

Pre-Accession Human Rights Record: Assessing the Scope of Conditionality in the Field of Human Rights Promotion and Protection in Croatia

The Rifle has the Devil Inside: Gun Culture in South Eastern Europe

Protection of the Rights of Minorities within the European Union

Implementation of Minority Rights in the Western Balkan Countries

How far is Zagreb from Madrid: Institutional (In)capacity of Croatian Public Administration in EU Accession Process

Access to Education, Training and Employment of Ethnic Minorities in the Western Balkans: Country Report Croatia

The Rights of Minorities in International Law

International Standards for the Protection of Minorities within the European Union, the Council of Europe and the OSCE

Rebuilding Resorts in the Wake of War. Croatia strives to pump life back into its once-booming tourist industry

Waiting at Europe's Doorstep. Is the recent enlargement of the EU the last, or there is still room in the Union for new members?

No Man's Land. The Long Struggle for Property Rights of Australian Indigenous People

Croatian Constitutional Law on the Rights of National Minorities

Wind of Change: The Croatian Government’ s Turn towards a Policy of Ethnic Reconciliation

Implementation of Rights of Minorities in Croatia

Protection of National Minorities in the Republic of Croatia: Legislative Framework, Mechanisms for Protection and Implementation of Minority Rights

Protection of Fundamental Rights and Liberties Violated by Civil Servants

Association for the Study of Nationalities