Ivana Jaramaz Reskušić (born in Šibenik in 1962) is a Full Professor at the Chair of Roman Law of the Faculty of Law at the University of Zagreb. She finished primary and secondary scholl (administrating and legal course) in Šibenik, enrolled the Faculty of Law at the University of Zagreb in the academic year 1981/1982 and graduated (int he field of Civil Law) in May 1986 with the average B grade. In the period from 1986 to 1988 she was employed as a voluntary trainee at the Municipal Court and County Court in Zagreb. She passed he bar examination in December 1988. She was employed at the Faculty of Law at the University of Zagreb in 1988 as a post-graduate trainee in the Chair of General History of State and Law. In the same year she enrolled her Post-graduate Studies of Legal-history Cours at the Faculty of Law in Belgrade. Due to war situations she suspended her studies and in March 1994 she got her master's degree at the Faculty of Law at the University of Zagreb with her scientific paper called Penal System of Šibenik from XIV to XVI ct. In September 1994 she was appointed the Assistant in the Chair of Roman Law at the Faculty of Law, University of Zagreb, where in July 2002 she defended her doctoral thesis called Criminal Legal System in the Ancient Rome. In December 2002 she was appointed the Assistant Professor, in December 2007 she was appointed the Associate Professor and in September 2013 she became the Full Professor int he same chair. Since June 2003 she has beed the head for the optional subject called Rhetorics and Legal Argumentation – Historical Aspect which is held on the fourth year of the Undergraduate Law Studies at the Faculty of Law in Zagreb. In the framework of Postgraduate Doctor's Studies in Criminal Legal Sciences of the Faculty of Law in Zagreb she was a founder and holder of the optional course - seminar of Roman Criminal Law and Europe (V semester, from 2006 to 2010) as well as the doctor's scientific-research seminar: Roman Criminal Law and Europe: selected topics (IV semester, since 2010). In the framework of her scientific-research work she has published two scientific monographies and 21 scientific articles in the field of Roman (especially Criminal) Law. She has participated in nine international scientific conferences, presenting corresponding works, as a rule, as the autonomous author. She is the member of the Croatian Academy of Legal Sciences as well as the Society of University Teachers and  the Croatian-Canadian Academic Society. Besides, she is member of the editorial staff of the scientific journal Zagrebačka pravna revija. Elektronički časopis poslijedplomskih studija Pravnog fakulteta Sveučilišta u Zagrebu as well as the international editorial staff of the Macedonian scientific journal Balkan Social Science Review. 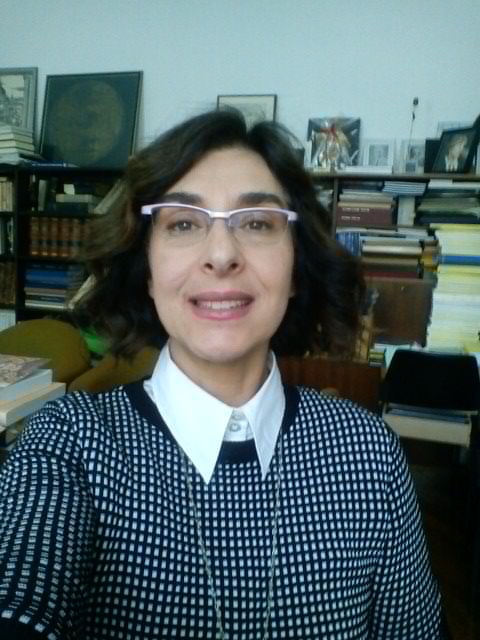 Elections in the Republican Rome: Candidature and Voting

Some legal and rhetorical aspects of Cicero's Pro Murena speech

The Accountability of the Judge in Roman Law

Superficies-from Rome to Paris and Quebec

The Peregrination of the Civil law Ideas: Rome – France – Quebec

Emphyteusis as an example of migration of civil law ideas: Rome - France - Quebec

Ciceros Pro Cluentio Speech: The Issue of the Content of the Indictment against Aulus Cluentius Habitus

System of Punishments in Roman Law

System of Punishments in Roman Law

Penal sytem in Šibenik from XIVth to 16th century

THE BASIC FEATURES OF THE SYSTEM OF PUNISHMENT IN COMMUNAL SOCIETY OF ŠIBENIK IN MEDIEVAL DALMATIA, CROATIA